The idea of going for a beauty treatment usually gives me a bit of a boost, but my latest invitation – to have a ‘micro-needling’ session, which would see my face treated with 12 mini needles, left me more with the chills than anything…

I had all sorts of silly thoughts, such as fears that I would be left a bloody mess after treatment, or my skin would end up being scarred, but I’m glad to say this was 100% not the case!

Invited along to Laura Porter Beauty in Rutherglen, I was given the chance to try out the Dermapen facial. Dermapen uses a microneedling pen, with the clever device causing ‘micro injuries’ to the outer and inner layer of skin.

The reason for these tiny ‘injuries’ is to stimulate the skin’s ability to heal itself, in turn increasing the production of new collagen. Collagen is what helps keep our skin look smooth, plumped, and basically younger looking. Sounds horrific, but trust me, it’s not at all!

After completing a detailed questionnaire and consultation with the therapist (who allayed all my fears), Laura began the first stage of my treatment: a Dermapeel.

This is a no-needle mesotherapy treatment, which is used to deeply exfoliate and clean the pores, removing any congestion. This treatment uses rather fancy sounding techniques: chemical peeling with ultrasonic waves and ionopheresis current.

My face was then numbed with a cream, and left for about 20 minutes to allow it to take effect. This meant any slight picks from the Dermapen wouldn’t be felt.

Next up was the bit I had been dreading – and I felt ridiculous for worrying, because I literally felt no pain whatsoever. In fact, the process was rather pleasant. Prescribed products, suited to my skin concerns (oiliness, occasional breakouts especially around the chin area, and under-eye circles) were pushed into the skin using the pen.

I was then put under an LED light, again for about 20 minutes, which helps to activate and amplify the products used.

Afterwards, Laura used the Dermapeel again, which helps create the same effect as the Dermapen, but without the needles.My skin felt beautifully refreshed and cleansed afterwards, and I was pleasantly surprised not to be met with a horrific bloody reflection in the mirror, which is fully what I was expecting! Yes my skin was a little red, but honestly, it was minimal, and within about an hour this had completely calmed down.

I was sent on my way with a special instructions – and this is one thing you might want to consider when booking in – you must have 48 hours without makeup after a Dermapen facial! Other measures, such as using a gentle cleanser for a week afterwards, changing pillowcases, and avoiding exfoliation for up to two weeks.

Results can take from around one to eight weeks to show, and after a small breakout of spots (which often happens as skin regenerates itself), I was pleased to see my skin looking smoother and clearer.

In all honestly, I do think I’d need a few more treatments to see full results (your therapist can tell you how many you’ll likely need, with some people only needing one) but I’m delighted with what I’ve seen so far.

* I had my treatment at Laura Porter Beauty in Rutherglen, where one session of Dermapen costs £100 http://lauraporterbeauty.co.uk/

Nanshy, the British-born vegan and cruelty-free cosmetics brand advises on the importance of cleaning your makeup brushes! In these times where we are more aware than ever that increased hygiene is key, we wanted to Read more… 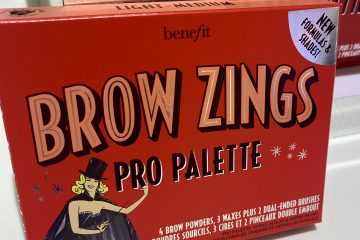 It’s true what they say: the eyebrows really do frame the face. The difference properly groomed brows can make to your face is incredible, especially for anyone who’s got naturally sparse or over-plucked brows. I’ve Read more…

Beautaniq Beauty Butter Lip and Cheek Balm I’m a big fan of multi-use products – they’re ideal when you’re limited for space on weekends away, nights out, and even just for cutting down on those Read more…

Stay informed on our latest news!